A driving test examiner who overdosed on Red Bull after drinking ‘a few’ large cans before his shift has been awarded £40,000 after a court ruled he was unfairly sacked.

Alan Leslie ended up in hospital suffering from ‘severe abdominal pain’ after drinking so much energy drink that he overdosed on caffeine.

The 62-year-old, a Falklands veteran and former police officer, had trouble sleeping and was spooked by a near miss on a roundabout, so he started buying heaps of the caffeinated drink.

He told his bosses at the Driver and Vehicle Standards Agency (DVSA) that he had “a few big cans” before each shift and had “plenty” of Red Bull in stock.

But, after completing a shift, he had to go to hospital for a ‘caffeine overdose’ and was not released until 3.30am the next day.

An employment tribunal has said his Red Bull binge was “not wise”.

The audience was told that Mr Leslie had been in the Royal Navy for five years as a young man.

He served in the Falklands conflict and suffered from post-traumatic stress disorder (PTSD) as a result.

After that he served in Sussex Police for 25 years but had to retire on health grounds due to anxiety, depression and PTSD.

From 2007 to 2010 he was self-employed as a certified driving instructor.

Then, for the next five years, he worked as a bailiff at Lewes Crown Court in Lewes, East Sussex, where he received a commendation for ‘approaching and detaining a dangerous prisoner who escaped from the dock ”.

Finally, he joined the DVSA as a driving examiner at Burgess Hill, East Sussex in October 2015.

In November 2017 he rowed with bosses and was moved to Hastings after complaining he was “openly bullied” at a testing centre, the court heard.

He claimed two female colleagues ‘humiliated’ him by ridiculing a maneuver he performed during a test.

His mental health deteriorated and he believed he had been the subject of a “protracted and pernicious campaign of ostracism, a campaign which threatened his health and safety”.

During his employment, Mr. Leslie had several periods of sick leave due to his mental health.

In August 2018, he suffered from anxiety after a performance review, leading to his Red Bull episode.

Mr Leslie was ‘livid’, he had not been recognized as having done a good job in this review, despite his stats being ‘extremely close to average’.

A court report said: “His mental health was also severely affected by this exchange. He had more trouble sleeping.

“He lost concentration on the way to work and reacted late for a roundabout. It was a near miss.

‘He phoned [line manager Nicola McLaren] to let him know he was worried about being so tired.

Ms. McLaren suggested she return to occupational medicine for an assessment.

Mr Leslie replied: “My concern at the moment is for the next two days. The places to stop are minimal. I will buy a lot of Red Bull tonight and make sure I have a few big cans before I go each day.

The court report continued: “It did not prove a wise approach.

“After work, after just two more days of work, he had severe abdominal pain and had to go to A&E, which he left at 3.30am. 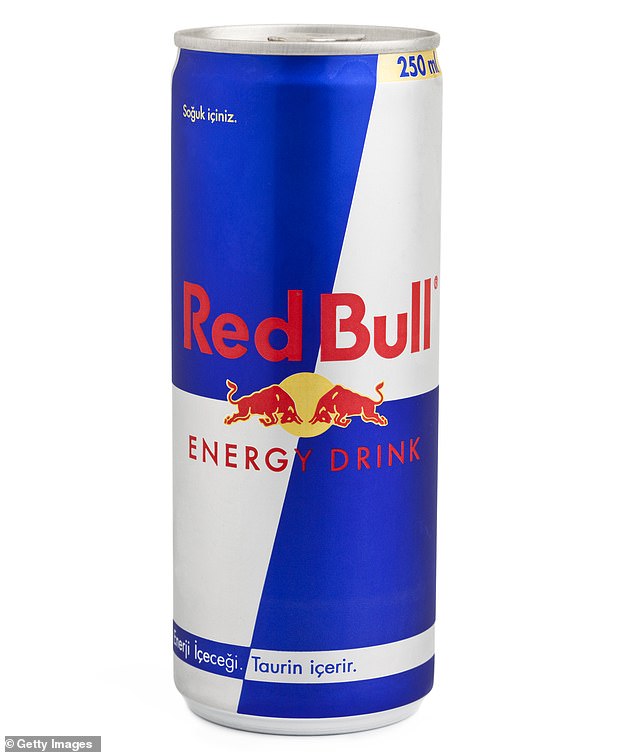 “They told him it was due to a caffeine overdose. The root of the problem, once again, was his determination to avoid missing work and thus putting his job at risk.

Mr Leslie’s absences continued and bosses grew fed up, particularly with his refusal to stop raising old grievances about the way he had been treated.

While not sick, he crafted a wellness action plan, laying out the changes he wanted in rather emotional terms, stating, “To be treated as a sensitive, relevant human being.”

He was declared medically fit to work and told bosses he was eager to return, but was sacked in May 2019 with bosses saying he would not put the past behind him despite agreeing.

Labor judge Eoin Fowell ruled that Mr Leslie had been unfairly sacked and discriminated against because of his disability.

Judge Fowell said: ‘The whole approach and reasoning behind the dismissal was flawed, with an excessive focus on this issue of putting the past behind it.’

“The agency’s focus on his move to previous events, and their concern that he won’t let them go and will continue to argue and absorb management time, possibly causing further absences, seems to amount to to a decision to reject outright as a result of these effects.

Mr Leslie, who lost further claims of discrimination and harassment, was awarded £39,180.99 in compensation, including more than £14,000 for ‘damage to feelings’.

“We explained to the teenagers during the lessons and the driving part of the ‘100 Deadliest Days’ during the summer months to hopefully prepare them,” Schetter said. To exploreDeveloper to buy Upper Valley Mall site Teens make up about 5% of the driving population in Ohio, but were involved in more than 15% of Ohio’s […]

News10 takes a driving lesson in the snow

SCHENECTADY, ​​NY (NEWS10) – Authorities often insist that you shouldn’t be on the roads in snowy conditions unless absolutely necessary. News10 accompanied a driving instructor to learn how to avoid danger if traveling is a must during a snowstorm. Driving instructor Steve Darling kept the car piping hot the entire ride through Schenectady. Although it […]